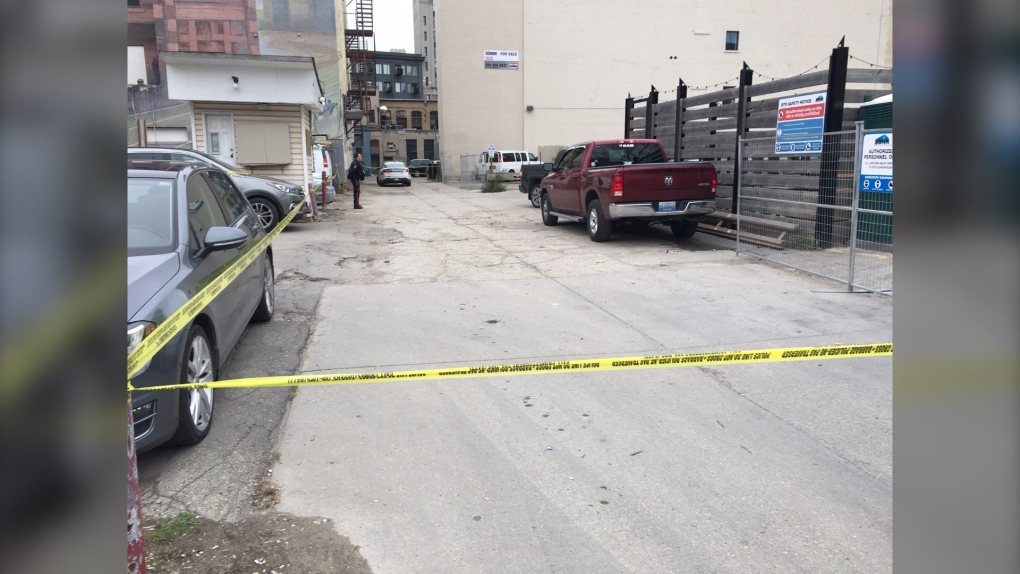 Police tape up in back lane between the 200 block of Smith Street and Garry Street on September 12, 2019. (Jeff Keele/CTV News)

A cadet and Winnipeg’s downtown police station may have been caught in the line of fire of a nearby shooting.

Around 1:10 a.m. Thursday morning, police say a shooting occurred in an alley between Garry and Smith Streets. Officers say at the time a cadet was leaving the downtown headquarters when he heard shots. The police service says the Graham Avenue tower, connected to the headquarters, may have been hit by a stray bullet from the shooting - a half a block away.

"Bullets can fly and they can fly for quite some distance, depending on the calibre and the type of ammunition that's used, that's the reality of how far a stray bullet can fly," says Murray

Half an hour after the shooting, police say a man in his 20s arrived at a Winnipeg hospital suffering from an upper body injury believed to be a gunshot wound.

Blood was visible on the street outside the lane where the shooting took place. Police had yellow tape up around the scene and members of the forensics units were on site investigating. A small parking lot in front of the station was also blocked off.

Winnipeg Police Association President Moe Sabourin has been calling on the service and the city to provide secure parking for members.

Sabourin says this shows members are in danger when leaving work.

"We've had numerous serious incidents in and around the HQ and this one is no different,” says Sabourin.

Police say they don't believe there's a connection between the shooting and the police headquarters.

"I think it's important to note that detectives are still investigating but at this time there is no evidence to suggest that members of the Winnipeg Police Service were targets of the shooting," says Murray.

No arrests have been made. 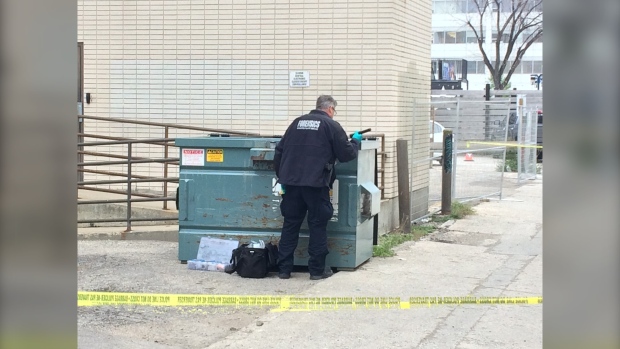 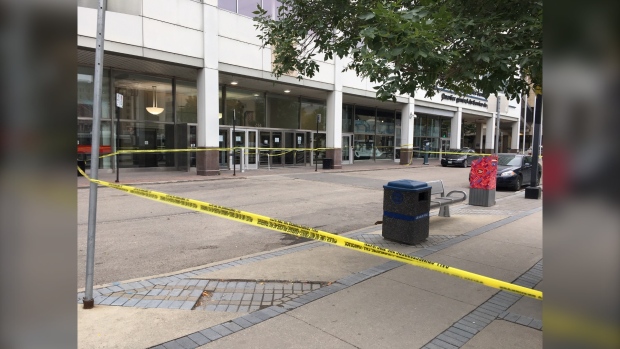 The area taped off by police along Graham Avenue in front of the headquarters building. (Jeff Keele/CTV News)