The top reads of 2020, according to the Winnipeg Public Library 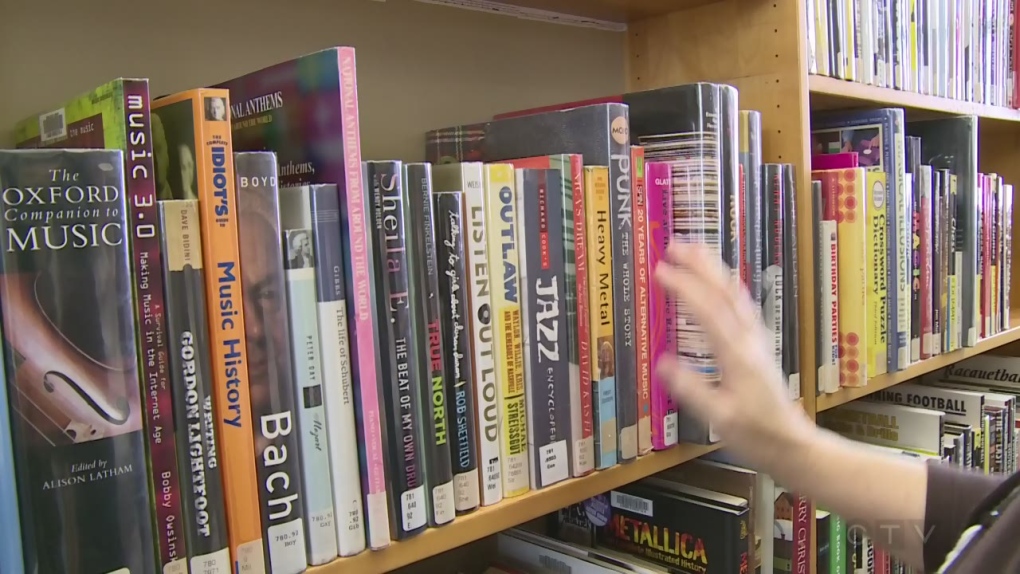 WINNIPEG -- Even though libraries were closed to the public for portions of 2020, it didn't stop people from checking out materials and books from the Winnipeg Public Library.

Danielle Robidoux, a librarian with the St. Boniface Library branch of the Winnipeg Public Library, said people were looking for things to read during the pandemic, especially things to help take their minds off of the state of the world.

"Genres like mystery and romance are always really popular year after year, after year," she said. "And I think, during this past year, that showed to be even more popular.

"People are kind of looking for a bit of an escape, especially in their books and movies and things like that. So, I think that a lot of the popular books show that."

Some of the popular fiction titles for adults for checkout this year included "Where the Crawdads Sing" by Delia Owens, "Testaments" by Margaret Atwood, "Guardians" by John Grisham, and "Minute to Midnight" by David Baldacci.

Robidoux also noted an increase in the popularity of audiobooks in 2020 at the library, with customers using the Overdrive app to download titles for all ages. When the library was closed to the public, e-books and audiobooks were the only titles allowed to be checked out by members.

Robidoux said the library had almost 250,000 more checkouts of e-books and audiobooks last year compared to 2019.

"People were really anxious to be able to access library materials, which was phenomenal," she said.

In addition to "Where the Crawdads Sing," popular e-book and audiobook titles checked out in 2020 include "Harry Potter and the Philosopher's Stone," by J.K. Rowling, and "Becoming" by Michelle Obama.

While people are unable to browse the stacks at the library, ten branches have reopened to allow patrons to pick up holds and return books.

A full list of popular titles at the Winnipeg Public Library during 2020 can be found below.

Talking to Strangers by Malcolm Gladwell

Where the Crawdads Sing by Delia Owens

Minute to Midnight by David Baldacci

Turn of the Key by Ruth Ware

Someone We Know by Shari Lapena

A Promised Land by Barack Obama

Caste: The Origins of our Discontents by Isabel Wilkerson

Top 5 most checked out in Overdrive:

Where the Crawdads Sing by Delia Owens

Harry Potter and the Philosopher's Stone by J.K. Rowling