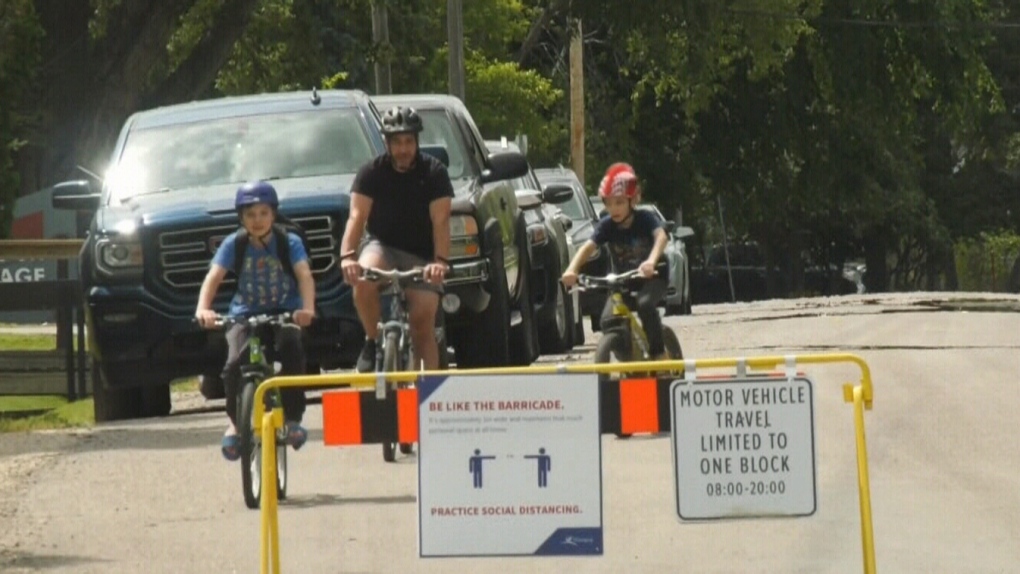 WINNIPEG -- In response to COVID-19, the City of Winnipeg opened a number of streets to pedestrians and cyclists to allow for outdoor activity while physical distancing. Now, a new report suggests many in the city had positive experiences, but it was not without some speed bumps along the way.

The city’s ‘Open Streets’ pilot project ended in September, but city council is looking at bringing it back.

The project expanded on the city’s annual Sunday and Holiday Bicycle Routes, allowing pedestrians and cyclists to use select roads seven days a week and restricting vehicle traffic to one block.

When the project ended the city asked for some feedback from Winnipeggers. With 5,436 people giving their input through an online survey conducted by the city - for the most part, Winnipeggers reported a positive experience on the streets.

WHAT WINNIPEGGERS THINK OF OPEN STREETS

Nearly 80 per cent of people who used the service said they had a positive or very positive experience, according to a report looking into extending the pilot project table to the Standing Policy Committee on Infrastructure Renewal and Public Works.

Overall, cyclists had the best experience on the open streets. The report said 95 per cent of the cyclists who used the streets as a cyclist said it was positive, saying it felt safe to use the street and appreciated the reduced traffic.

Drivers were not as enthusiastic, with nearly half the drivers on the streets reporting a negative experience.

Drivers said they could not drive more than a block, vehicle traffic increased on surrounding streets, and pedestrians and cyclists on the streets weren’t following the rules.

While the project received mostly positive feedback, there were some problems.

The report said the city was told of various “verbal altercations” involving drivers, cyclists, and pedestrians using the streets.

“The verbal conflicts were generally related to people observing vehicles travelling longer than one block and people not moving or slowly moving out of the way of a passing vehicle,” the report said, adding one crash between a car and a cyclist was reported as well.

The report said the city did learn some lessons from the Open Streets pilot project.

The barriers at the streets reminding drivers of the rules required daily maintenance and were ‘unsightly’, with community groups and advocates suggesting using planter boxes to help calm traffic. 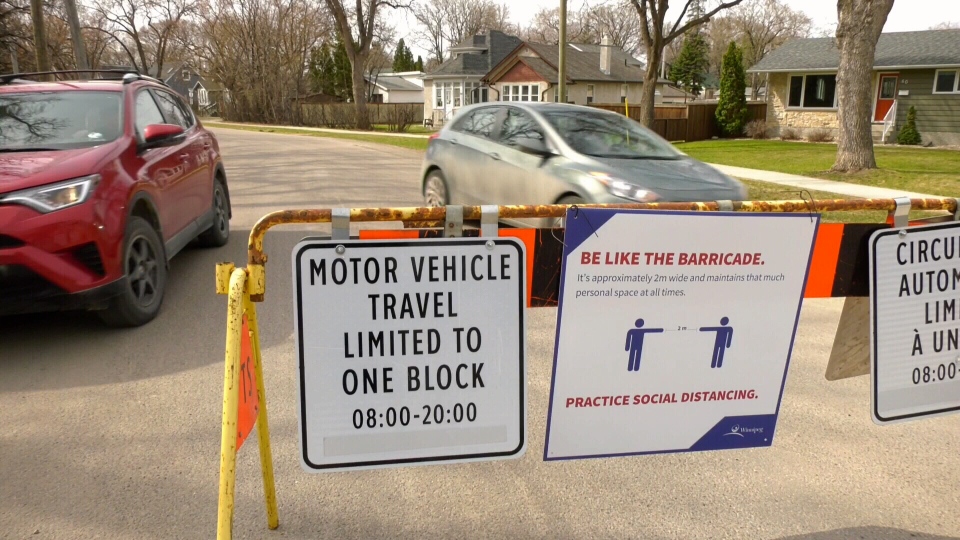 The report also said there was an issue with the roads the city used as well. It said the routes chosen for the pilot project did not reflect all the neighbourhoods in Winnipeg, and they did not accommodate all Winnipeggers.

It recommends the city do another Open Streets pilot project before making it permanent in Winnipeg.

As for what a potential second Open Streets pilot project may look like, the report said most Winnipeggers want it open from 8 a.m. to 8 p.m., seven days a week from April 1 to October 31.

The survey is going to be discussed at the New Infrastructure and Public Works Committee meeting.