WINNIPEG -- The province has announced it will close down the Dauphin Correctional Centre by the end of May, saying it does not meet modern needs -- news that comes as a 'devastating' shock for the community.

The provincial jail was built in 1917 and is the oldest correctional centre in Manitoba, according to the province, which said the age of the building is prompting the decision to close up shop.

As for the 80 employees at the centre, including nursing staff, corrections officers, administrative and term positions -- the province said the goal is to provide other employment options if possible.

"I would say from a corrections perspective -- our goal is to provide employment for all the employees if possible within corrections," Justice Minister Cliff Cullen said during a phone call with reporters from Dauphin, Man.

Cullen said the government will work with the Civil Service Commission and the union to find "creative" ways to continue their employment while still respecting the collective agreement.

He said he thinks there will be opportunities for movement within the corrections system.

The 60 inmates at the centre will be moved to six other adult correctional facilities in the province. The government said there is "sufficient capacity" at the other centres following a decline in the provincial inmate population.

The announcement comes years after a 2013 promise from the former NDP government to rebuild the Dauphin Correctional Centre with higher-rated capacity. Cullen said the current government made no commitments to rebuild the aging centre. 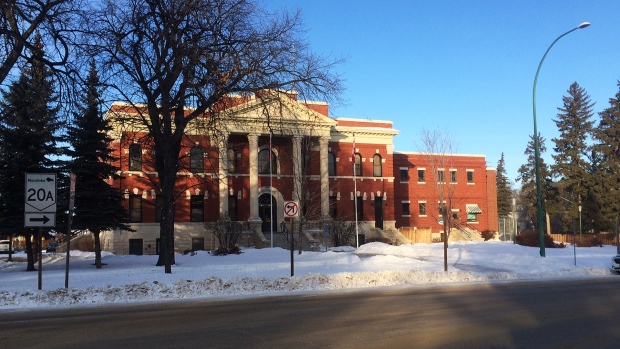 In 2013, the former NDP government promised to rebuild the Dauphin Correctional Centre with higher-rated capacity. (Submitted)

"It was a decision clearly not taken lightly, but with all the issues in context," Cullen said. "I know it's going to be a challenge for staff, our announcement today. Certainly a challenge for the community and for Parkland, but this is all part of our evolution."

In a recent inquest report regarding the 2016 suicide death of an inmate, corrections staff noted the age of the facility and how correctional design has evolved to allow for direct supervision of inmates. The report also recommended some physical upgrades to the facility.

RIPPLE EFFECT TO BE FELT THROUGHOUT PARKLAND: CITY OF DAUPHIN

The closure of the Dauphin centre came as "devastating" news for the City of Dauphin, which said in a news release the decision was made without prior consultation or communications.

"This closure will result in the loss of at least 80 jobs, from which a ripple effect will be felt not only in Dauphin, but throughout Parkland," the news release said. "Our thoughts are with the families affected throughout our region."

The news release said Dauphin is facing rural depopulation and this announcement only intensifies that, but said the community is resilient and will overcome the challenge.

"It's tough – it’s really tough," said an emotional Michelle Gawronsky, president of the Manitoba Government and General Employees' Union, which represents the employees affected by the closure in Dauphin.

"I can tell you our members are going through a wide range of emotions right now. They're upset, they're scared, they're confused, they don't understand what their future is." 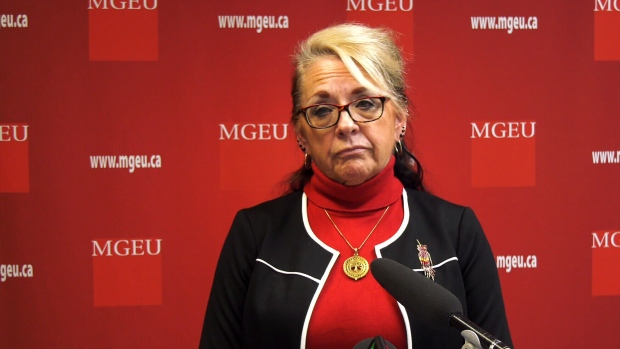 Gawronsky said the decision came as a surprise to the union, who was told of the closure on Friday morning. She said the government has left a lot of questions unanswered.

The MGEU is meeting with the province next week to discuss the closure and demand more details, Gawronsky said.

She said the closure will affect more than 100 families. If the province does find corrections jobs for them elsewhere, Gawronsky said she's wondering who will pick up the tab for relocation.

She said her fear is the closure will leave a gap in the corrections system, one the province has not planned to fill.

This concern is shared by NDP Justice Critic Nahanni Fontaine who said the decision to close the jail will have a domino effect on Manitoba's justice system.

"The vast majority of our jails are bursting at the seams," Fontaine said. "It's created a scenario where both folks that are housed in these facilities and staff are put more at risk and are forced to live and work within unsafe conditions."

With the closure of Dauphin's centre, the next closest facilities are in The Pas and Brandon.

Fontaine worries the closure will push inmates further south, making it harder for them to connect with their communities in Northern Manitoba.

Manitoba Liberal Leader Dougald Lamont critiqued the government's decision to close the correctional centre down rather than build a new one.

Lamont said in a news release Dauphin has already been hit hard by cuts which he called "economic vandalism."

Lamont said removing the jobs from Dauphin is a mistake.

COURTHOUSE TO BE RENOVATED

The closure of the correctional centre comes along with the renovation and expansion of the adjacent court house.

The province said it will be spending more than $11 million to improve courthouse security and add more holding cells, improve accessibility, improve video-conferencing and meeting spaces for clients and lawyers, and add new office spaces for court staff, sheriffs and judges.

The designs to the courthouse will be finalized in the next few months.