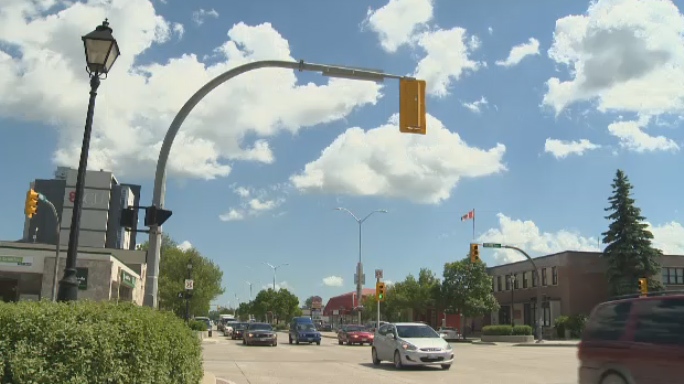 “Council has not officially endorsed the July 9 Pride March,” city council said in a statement.

Steinbach Pride has been mired in controversy since first announced, and city council just dealt another blow.

The community’s mayor and city council released a statement Tuesday stating they will not be attending the Pride event.

“Council has not officially endorsed the July 9 Pride March,” the letter said. “Steinbach residents will decide for themselves whether they wish to attend this event.”

This comes after Manitoba’s RCMP’s new ‘D’ Division commanding officer Scott Kolody announced via Twitter he planned to walk in the parade.

“The Steinbach Pride march is an opportunity for all of us to celebrate the importance of diversity and inclusion,” he said in the tweet.

Kolody, who took the top-job at ‘D’ Division on Monday, said he plans to walk next to the parade’s organizer Michelle McHale. He added that RCMP officers will also be at the event to keep people safe.

“I have also directed the Manitoba RCMP to provide all required resources to ensure participants can walk in Steinbach knowing they are safe, secure and have the RCMP by their side,” he said on Twitter.

The RCMP said Wednesday it is reassessing the parade's request to use roadways, as Pride’s initial permit was declined for safety reasons.

The planned event has stirred up debate in the city of 14,000, often referred to as the province's Bible belt.

City council are not the only political representatives not to attend Pride, as conservative MP Ted Falk has also said he won't be there, because the event does not reflect his values.