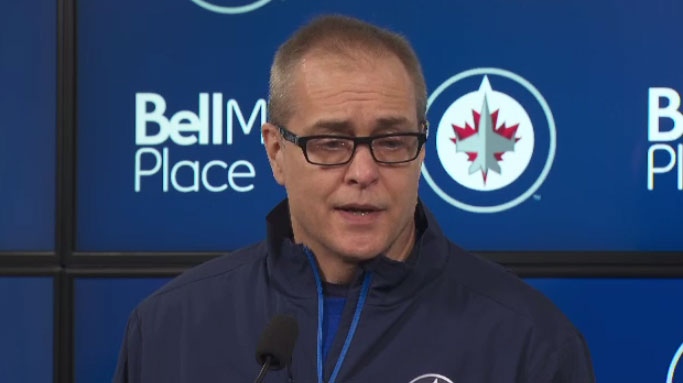 WINNIPEG -- The Winnipeg Jets were hot off the heels of four consecutive victories when the COVID-19 pandemic cut the season short.

"For the first three or four days right after I was sour....So I was grumpy and then you turn the TV on and reality hits," Maurice told TSN's James Duthie during an interview on Monday.

Maurice said he had been looking forward to the Jets playing in March.

"What we went through with the injuries and the travel. We paid for this wonderful month of March in our first five and a half months. We had four blocks of three games in five days with two days off in between and we just got healthy," explained Maurice to TSN. "I've never seen a March schedule like that so we felt like we had paid for it. Clearly, it's not going to happen now, but I'd like the opportunity to play all 82 if we could."

Though he says he knows its unlikely, the head coach said he wishes the Jets could play out the entire 82-game regular season.

"I just want this season to be played [from] a personal point of view. I want to see this Winnipeg Jets team play. I haven't seen them [all back together and healthy] all year. They went through so much and survived and we just started feeling good. Everybody got healthy. We won four in a row. We liked our March schedule. We're thinking, 'you know what, this could be our year. We could get on a run. We could win.' So I want to see this team get that chance."

- With files from TSN.ca