Winnipeg woman gets locked in a cemetery 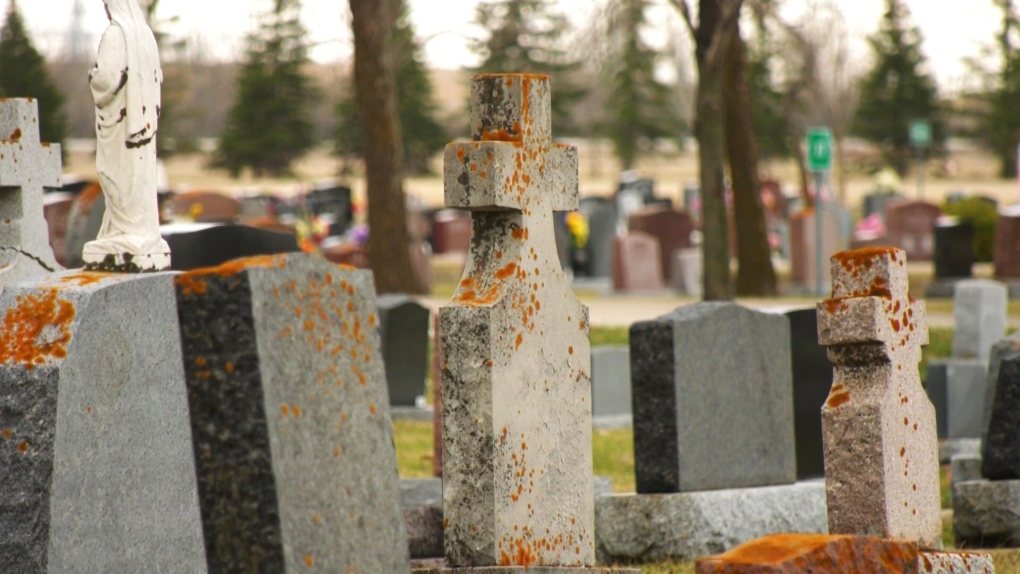 WINNIPEG -- An evening walk took an unwelcome turn for a Winnipeg woman who got locked in a cemetery – much to the amusement of many in the city who rallied behind her calls for some help.

While she is able to laugh about it now, Amy-Jean MacLean's Friday evening did not go as expected. She had gone for an evening walk through the St. Vital Cemetery before the sun started to set.

"I just like going for walks in cemeteries," MacLean told CTV News, saying she noticed the security guard at the front gate when she drove in but didn't think much of it.

When MacLean went to leave shortly before 5 p.m., she discovered a problem.

CAN SOMEONE HELP ME @cityofwinnipeg? I’m locked in a damn cemetery

"When I went to drive out, the gate was locked," she said. "I just didn't realize I guess that cemeteries close for the evening – it makes sense, but I didn't think about it."

That was when she saw the sign that said the cemetery closed at 4:30 p.m. She said she tried calling the number on the sign, but no one answered.

"That was when I started to freak out," she said. "I was like 'Oh gosh, like, I don't want to be here the whole weekend.'"

After calling 311 – still no answer – MacLean took to Twitter asking for a little help from the city.

But for reals, @cityofwinnipeg the security locked me and my car in St. Vital Cemetery and drove away. If this is a metaphor for my 2021 I would like a redo please

She said eventually 311 operators responded telling her help is on the way, but they were not the only ones.

Her tweet had hundreds of likes and retweets as people from across the city followed the ordeal.

"The thing that surprised me most was how really thoughtful everyone was, like people were laughing because it's subjectively funny, but everybody was like, 'Are you okay?'" MacLean said.

"One guy offered to bring Tim Hortons down to the gate."

In about an hour security returned to the cemetery and let MacLean out.

UPDATE: I’m home now! If anyone would like to by the film rights to this thread, please call my agent, My Mom. https://t.co/hxneJ1Bsrp

The City of Winnipeg told CTV News a third-party security group is in charge of looking after the cemeteries and said they were able to quickly let MacLean out of the cemetery.

"The security company that monitors cemeteries does try to review the grounds before locking up," a city spokesperson said.

While they added it doesn't happen very often, there have been previous cases of people getting locked in cemeteries in the city and needed some help out.

"It makes me feel better knowing I'm not the only one who's done it, honestly," MacLean said.

Her advice for anyone planning an evening walk in a cemetery – check the closing hours.

The City of Winnipeg said its hours of operations for cemeteries are posted online.