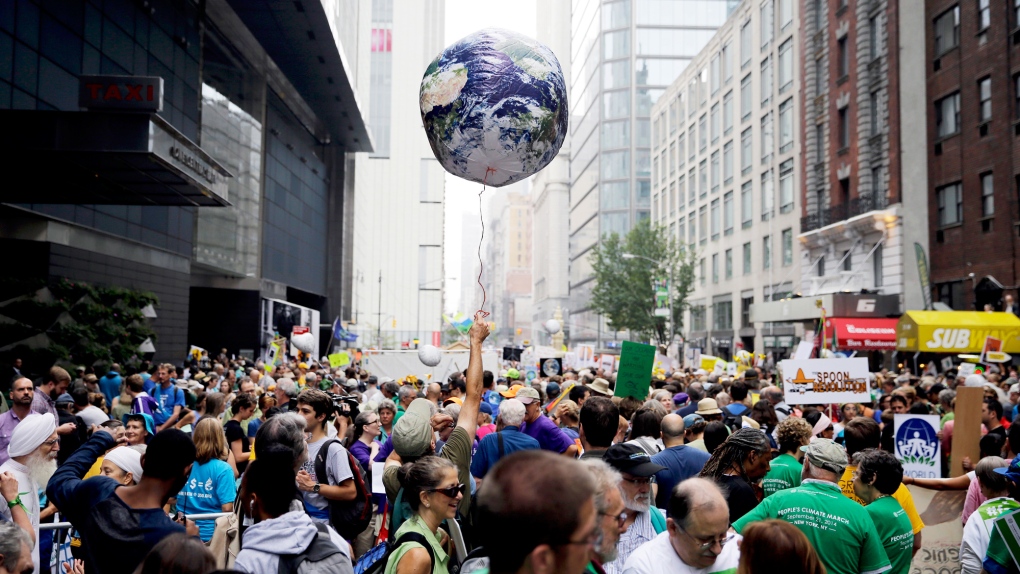 A man throws an earth balloon into the air as people fill 58th Street between 8th and 9th Avenue before a global warming march in New York Sunday, Sept. 21, 2014. (AP / Mel Evans)

NEW YORK, N.Y. -- Dozens of Canadians are among the thousands of demonstrators marching through New York City to demand action on climate change.

The Manhattan protest comes two days before the United Nations Climate Summit on Tuesday, which is aimed at galvanizing political will for a new global climate treaty by the end of 2015.

Marches are also to take place in Toronto, Montreal, Calgary and other Canadian cities.

Basden says the protesters in New York range in age from as young as 11 to as old as 80, but about half of them are university students.

He says they will call on Prime Minister Harper to join the 120 world leaders attending the summit -- and to take action to improve what Basden calls Canada's lacklustre efforts to tackle climate change.

Harper, however, will not attend the summit. His office says Environment Minister Leona Aglukkaq will represent Canada at the New York meeting.