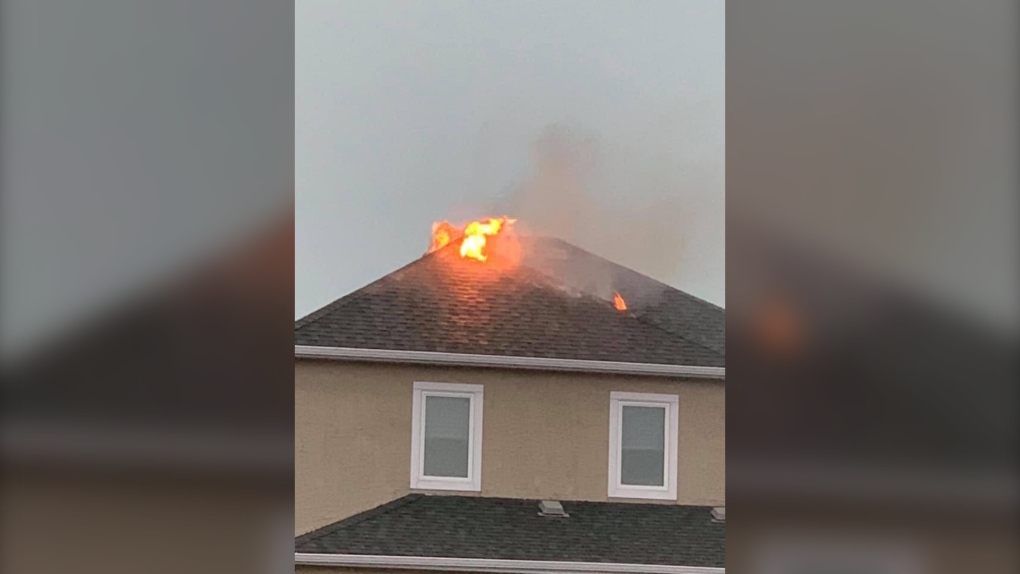 A home that fire officials believe was struck by lightning during the storm that dumped up to 60 mm of rain on Winnipeg Friday morning has been left with significant damage to its roof and attic.

The Winnipeg Fire Paramedic Service said it was called to the fire at the home on Red Spruce Road, in Bridgwater Lakes, at 9:41 a.m.

The only person home at the time had already got out and wasn’t hurt, the fire service said.

The roof was on fire when firefighters arrived, and flames were brought under control by 10:27 a.m.

A damage estimate was not available.