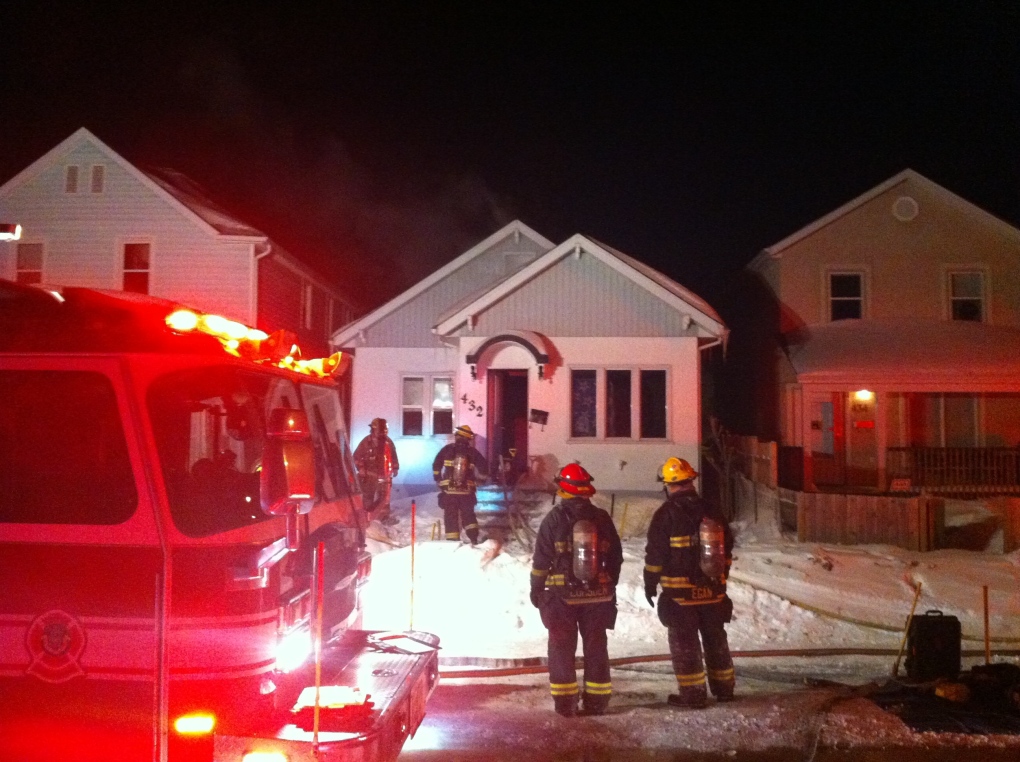 Crews responded to a house fire on Magnus Avenue.

Winnipeg fire crews were called out early Wednesday morning to put out a fire that caused $100,000 damage in the North End.

Firefighters responded around 3:30 a.m. to a home in the 400 block of Magnus Avenue.

The damage is extensive to the inside and to the outside at the back of the house, said officials.

No one was hurt in the blaze, as officials said no one was home at the time.

The cause of the fire is not yet known.