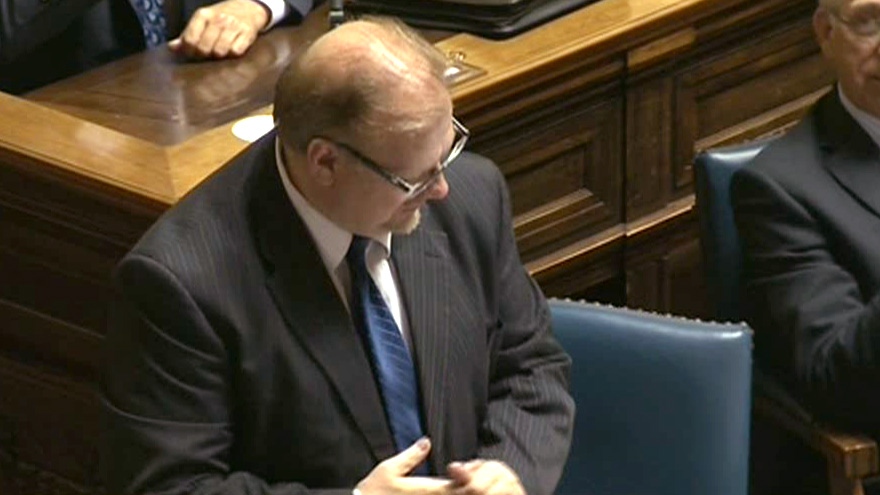 Education critic Kelvin Goertzen is putting forward several amendments to Bill 18 -- a proposed law which includes a requirement for schools to accommodate students who want to set up gay-straight alliances. (file image)

WINNIPEG -- Manitoba's Opposition Progressive Conservatives is calling for a court review of the province's new anti-bullying bill, which would require schools to accommodate gay-straight alliances, before it can take effect.

"It should be referred to the Manitoba Court of Appeal for their opinion, so we don't have it tied up in costly litigation," Tory education critic Kelvin Goertzen said Thursday.

The Tories also proposed major changes to the bill, including a tighter definition of what constitutes bullying, one day before it was due to come to a final vote.

As was the case with a similar recent law in Ontario, some religious leaders in Manitoba have said Bill 18 violates the religious freedom of faith-based schools by forcing them to accept gay-straight alliances.

Goertzen said a reference to the province's highest court would determine whether the law violates the Canadian Charter of Rights and Freedoms and needs to be changed before schools are forced to adopt it.

Bill 18 has drawn heated criticism, and equally passionate praise, since it was introduced almost a year ago.

More than 300 Manitobans spoke at public hearings on the bill. Supporters said it will promote tolerance and diversity. Some opponents said it goes against biblical teachings, while other secular opponents said it does nothing to prevent bullying in schools.

Education Minister Nancy Allan pointed to the many adults who told the hearings they would have benefited from gay-straight alliances during their time in school. The alliances are support groups that show gay students they are not alone, Allan said.

"They provide a safe place for young people who are vulnerable for hurting themselves. Some of them commit suicide."

Allan is unlikely to adopt any of the Tories' proposed amendments to her bill. The NDP has a solid majority, with 37 of the 57 legislature seats.

That has not deterred Goertzen from suggesting almost a dozen changes.

One of his biggest is the change to Bill 18's definition of bullying, which includes any behaviour intended to cause "fear, intimidation, humiliation, distress or other forms of harm to another person's body, feelings, self-esteem, reputation or property."

The Tories have said by including hurt feelings, teachers and coaches could be deemed bullies for simply telling a student they were performing poorly. Goertzen's definition is more in line with laws in Ontario and Quebec. It qualifies bullying as something that "places a person in actual or reasonable fear of harm to his or her person or damage to his or her property."

Goertzen's amendment would also explicitly exempt religious teachings from the bill. It says bullying does not include "speaking to the faith principles of a independent faith-based school."

Other proposed changes would require principals to inform parents any time their kids are involved in a bullying incident, either as the bully or the victim. Current provincial law only requires parents to be notified if a child is harmed.

Another Tory amendment would expand the type of diversity groups school must accommodate. Allan's bill mentions groups that promote equality based on gender, race, disability and sexual orientation. Goertzen's amendment would add the other factors protected under the Manitoba Human Rights Code -- ethnicity, poverty and religion.

Goertzen's amendments are expected to be debated Friday, just before the bill goes to a final vote and the legislature breaks until November.