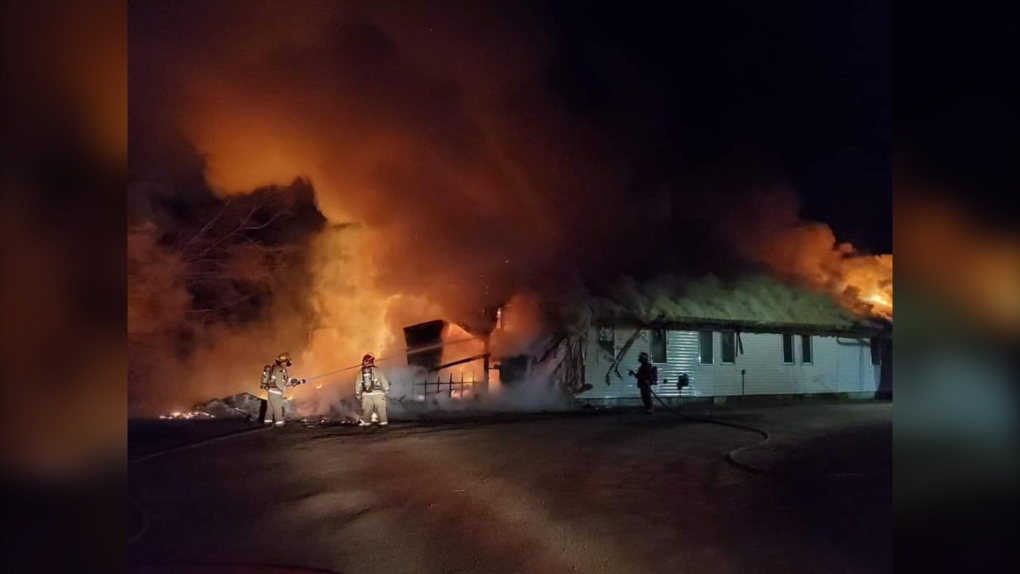 According to a Facebook post from the Portage la Prairie Professional Firefighters Local 1079, crews were called to the fire at the KoKo Platz Community Rec Centre around 1:20 a.m.

When firefighters from the Portage la Prairie Fire Department got to the scene, the building was engulfed in flames.

Firefighters worked hard to get the fire under control, however, the building suffered extensive damage.

“We thank the Portage Fire Department for extinguishing the fire and keeping the neighbouring structures and forest safe.”

There’s no word yet on what caused the following or how much damage was done.

The community centre said if anyone heard or saw anything suspicious overnight to contact the police.